I started Taekwon-do classes under Master Norman Creedon in Sawmill Street Cork City in 1979.
I did most of my colour belts gradings under Grand Master K Ha Rhee and Mr Aidan Walsh. I was very fortunate in March 1983 to be the only one from that black belt grading to receive a certificate from Gen Choi Hong Hi.

I won my first national title as a blue belt in the City Hall in Cork in front of a full house of 2000 spectators. Over the years I won 8 Irish titles, competed for Ireland over 20 times in all competitions and was involved in 3 world championships, 2 European opens, finishing 5th as an individual and 3rd in the Irish Team in 1988.

I brought the 1st ever Korean team to Neptune stadium Cork in 1999 where an Irish select team took on the Korean champions from Pusan city Korea in front of a sell out crowd of over 2400 people.  The success of this event would later provide a platform for me to hold an even bigger event in 2000. 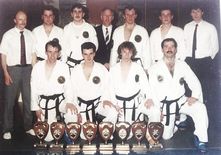 I was the Tournament Director of the first ever Olympic sports world Championships in Ireland in November 2000 at the newly built indoor arena in Killarney.  This was the first ever event held at that fantastic arena.  Bringing the event to Ireland was a feat in itself as I had to make a direct bid in Lyons France to Dr Kim Um Young, President of the World TaeKwon Do Federation and Vice President of the International Oylmpic Committee.  Other contenders at that time included Germany, Mexico & Poland.  The success of our bid was based on a broad number of factors including unique location, outstanding venue as well as a proven logistics capability.

The competition was the 4th World TaeKwon-Do Championships and we hosted 60 countries in Ireland for over 7 Days.  Among the competitors were Olympic gold medalists from the Sydney, Athens and Bejing Games.
The thing that I am most proud of is sharing my passion and desire for the love of TaeKwon-Do with hundreds and possibly thousands of students and colleagues around the world.  I estimate that I have to-date brought over five hundred students to Black Belt level.  There has been great satisfaction in seeing a child grow and develop into a free thinking independant person and to see the positive impact that Tae KwonDo has in their lives.  I hope that in some way my passion for the art of TaeKwon Do has positively impacted the lives of others and that in some way they have gained an insight to the possibilities that they can achieve with hard work and with integrity.

By 2012, having been affiliated to a broad number of World TaeKwon Do Associations, I wanted the direct support of a Global TaeKwon Do leader to guide me and our students to the next level.  My search led me to  Master J H Kim in Boston. Master Kim is one of the few people still instructing who trained directly with General Choi.  Master Kim celebrates 40 years at the J. H. Kim Institute in Boston this year. He has schools throughout the US, Singapore, Korea, China, Malaysia and Ireland.

Our school has been in the heart of the East Cork Community at Carrigtwohill for over 20 years.  We are proud of the impact that we have had on the local community.  We look forward to continued growth and development with the continued support of Grand Master J. H. Kim. 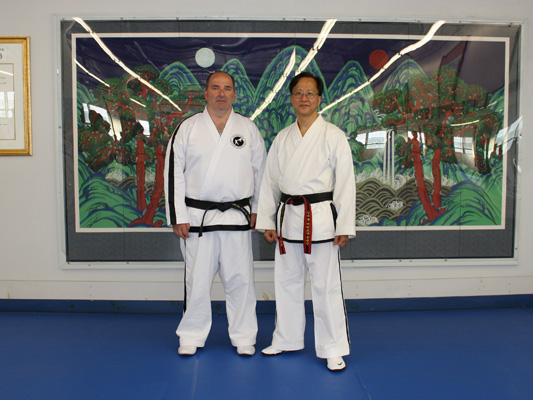